Welcome to The Climate Coalition!

We are delighted that Zero Hour has joined The Climate Coalition as a member. The Climate Coalition is the UK's largest group of people dedicated to action against climate change. Along with our sister organisations Stop Climate Chaos Cymru and Stop Climate Chaos Scotland, we are a group of over 140 organisations—including the National Trust, Women's Institute, Oxfam, and RSPB—and 22 million voices strong. We are reaching across the UK to show our love for all the things we want to protect from climate change, and to ask politicians to put aside their differences and commit to doing whatever is necessary to protect them.

Write to my Councillors

The latest report from the Intergovernmental Panel on Climate Change (IPCC) warned that action on climate change is "now or never" to stave off climate disaster. It's evident that we need organisations, people and politicians to come together across the UK to tackle climate change - for people, for nature, and for the planet. And it is clearer than ever before that urgent action on climate change in the years ahead is critical to stop our world from warming beyond 1.5 degrees celsius.

Although the science shows we can still limit warming, the window of opportunity is rapidly closing. That means we need to see ambitious and fast-tracked action from governments around the world. The Climate Coalition's member organisations are collectively calling for the UK Government to implement the expert advice from the Climate Change Committee as a first step, and for climate action to be at the heart of every Government department, with the level of urgency and ambition it requires being met.

There are clear synergies with the proposed Climate and Ecological Emergency Bill which also calls for a 'whole-of-Government approach' to solving the crises. It puts climate and nature at the heart of decision-making and spending across all departments. It is critical that the scale and complexity of this challenge is grasped by the Prime Minister, Chancellor and every minister in government. 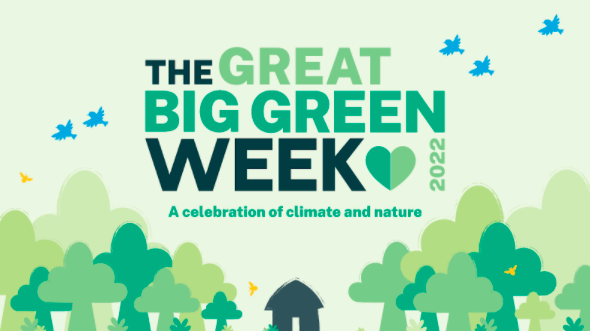 Following on from the UN climate conference (COP26) in Glasgow in November 2021, during which some progress on climate action  was made, it's now time for our leaders to get down to the hard work and take tangible steps to support the most vulnerable in the UK and internationally. It is important to remember that climate change is already hitting the poorest and most vulnerable people around the world the hardest, and our actions here in the UK have consequences for some of the most vulnerable people living on the frontline of the climate crisis.

We are excited to work with Zero Hour to protect the people, places and nature we love, from the worst impacts of the climate crisis. And you can join us too! Great Big Green Week 2022 will be taking place this year between 24 September and 2 October. Last year's Great Big Green Week in 2021 was the largest event for climate and nature ever seen in the UK. It featured over 5,000 events that celebrated how communities take action to tackle climate change and protect green spaces.

Great Big Green Week 2022 is an opportunity to send a clear message to our MPs and local politicians that we want to see real and tangible action on climate change. It will also showcase some of the amazing community projects and initiatives that are already taking place. For more information, please keep an eye on our website here to see what's going on in your local area and how you can get involved or plan your own event.

We look forward to seeing you in September!